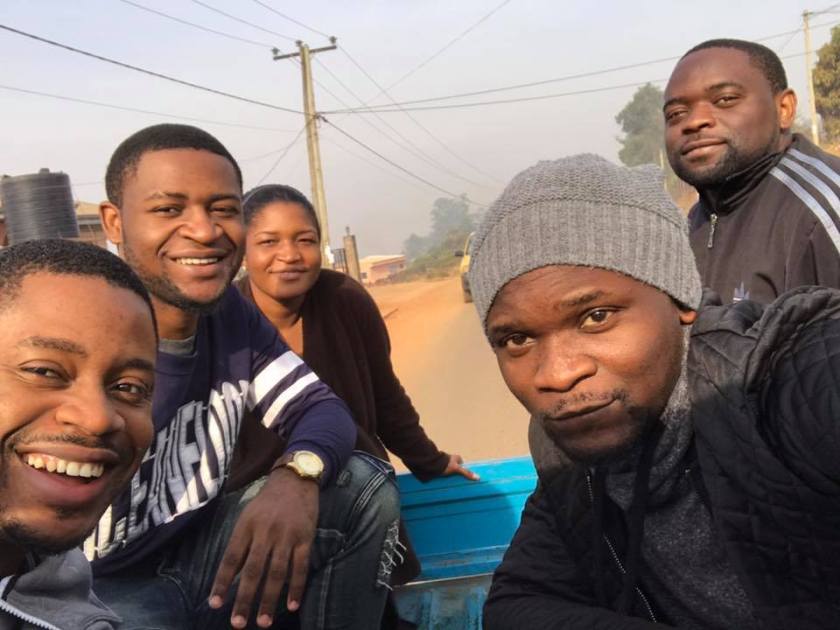 Until the lion learns to write, the story will always glorify the hunter -African Proverb.

This post is not an anti-anything post. It is a pro-african post. Yes, you can be pro something without being against another. That’s the misconception we have bought into so many times it’s become very easy to just feel like we are being attacked or not supported if someone is pro something we are not. I’m going to try to concentrate on what I know, based on my experiences and just try to promote my African brothers and sisters to do more for themselves.

We are in an age where everyone has access to social media, blogs and phones. Everyone can come out and tell their stories but I don’t see that happening enough from my fellow africans. Let me narrow it down even further, I don’t see that enough amongst my fellow Cameroonians. The last 2 years have been terribly bad back home, there have been strikes, uprisings, deaths and massacres due to political unrests and it has barely made it to the news. It barely had any type of international recognition and all the while it was happening, people were being told to take pictures and videos and tag the western media so that they come and report it on our behalf. Well, as you may have noticed, we were not a priority for the western media even after more than 100 people were killed and abducted and not a single finger was raised by the west. They were busy, they were covering the Catalan crisis on the same day- with not deaths. A few of my Facebook friends were obviously appalled by the situation and I asked them what they had done to draw the attention of the western media and they had no answer for me apart from anger  and disgust at the treatment. This usually boils down to us having all the resources and nothing to show for it which is also true.

There’s the other narrative of Africa being unable to support itself. We all know that is not true. There is a system which is set up and in place by the corrupt western leaders and African presidents they have propped up there to serve only themselves and not the people. This is a well known fact amongst us yet we allow it to continue happening, we grew up with it and it has become a part of us, to just watch and pray it changes without ever really taking any type of action. I am not saying we do not need help, everyone does in life, we need help to plan our cities better, to train our own engineers, to teach our kids. We need help in training ourselves to become these same people we look up to. We do not need people to come and feed us everything and not teach us how to farm. We do not need people to come and mine all the minerals and not teach us how to do so ourselves. We do not need to be left in the dark. we have sadly left ourselves in the dark and are distracted by everything else.

Wake up people! Who do you think feels better? A volunteer who spends time educating children in a village with no electricity or water or the kid who eventually has to drop out or miss out on that education because they need to support their families from a very very early age- in the form of labor? The volunteer has done their part, they have come in to teach, but the infrastructure is not in place to make this education worthwhile so it really is wasted time for the kid not the volunteer, they have done what they can and will feel good about it.

Tell your story, I am one of many who grew up shielded from a lot of the problems back home and I must say I had an amazing childhood. If there was any such thing as black privilege  then I must have had it. I wasn’t raised by my parents alone, I was raised by a community of loving humans in the form of immediate family, cousins, friends aunts and  uncles and sometimes even strangers. It was amazing, people were looking out for each other. My mom could leave me to go play more than 4km away from my home because she was sure one of the bigger boys will walk me back home. Me returning home safe was guaranteed, apart from the occasional wounds and scars from falling which even if she was there would not have been able to stop it from happening.

Now to the fellows in the diaspora. There’s the issue of foreign remittance. Yes is does help and changes lives back home but the issue with it is that it is being heavily relied upon. Take for instance the person who sends back 100$ every month back home as an allowance to a relative or a dear friend. I know people don’t starve back home for sure so I’ll go with the assumption that half of that money is not used for food (I may be wrong though). Most of that is really excess money for them to spend on clothes and shoes and other fancy stuff. Now hold on an sending that money back home and sincerely ask this person what plans they have for their own future and how you can really help. Most people really just want to start a business and support themselves and they too are tired having to rely on people abroad sending them money in small chance every month or two. Now don’t you think if you saved up that money for a year and sent it to said person as a block amount – and in so doing have helped them have enough to start a business to take care of themselves and family. The responsibility to grow this business is left with them and you are out. Make this a firm commitment to yourself and the person so they know you will not be there again to just send them money if they can’t use this one wisely. This will definitely ring a bell and if the person is any wiser they will stand up for themselves.

Narrow your beneficiaries. Yes you have to help but you can’t save everyone. What I mean by this is just as I have explained above about helping one person starting a business, is that you have to help in the right way. Now most of those abroad support more than five people with little amounts every now and then. That usually doesn’t amount to adequate support because you are stretched thin, they don’t get the right type of help. It’s like a single doctor being in a hospital full of so many ailing patients, he can only do so much to treat them and some of them will not get enough attention. Find a right number and take charge of these from start to finish. Pick that one child and sponsor them from primary school till they graduate from university for example. You would have helped educate someone and he will know the better and be a far better person for his community.

Give back to your community. You have to do this. Communities build nations. Donate your time and energy to a local project and see it through. Most of them don’t cost money, only your time is needed. There are lots of them so please pick one and pour your energy into it. Be part of something being created. Money doesn’t always fix everything. Those abroad look back to your community and see what you can start there, talk to people and see what they need to improve their lives and get involved in any way you can. You can also support anonymously if you wish, but please do something.

We are the lions and we are being hunted because we do not have control of the pen and the stories are being told and written for us. The hunters are being glorified because they have control of the pen. Now let’s rise to be the lions that we are, reach out to one another and get the type of help you seek. There are lots of people waiting to be called and contacted. If you have an idea, share it with someone and build that great community we grew up from. Stop the gossip, start the real talk! Let’s rise and tell our stories through our words and actions.

5 thoughts on “Tell your Story”

There was an error retrieving images from Instagram. An attempt will be remade in a few minutes.