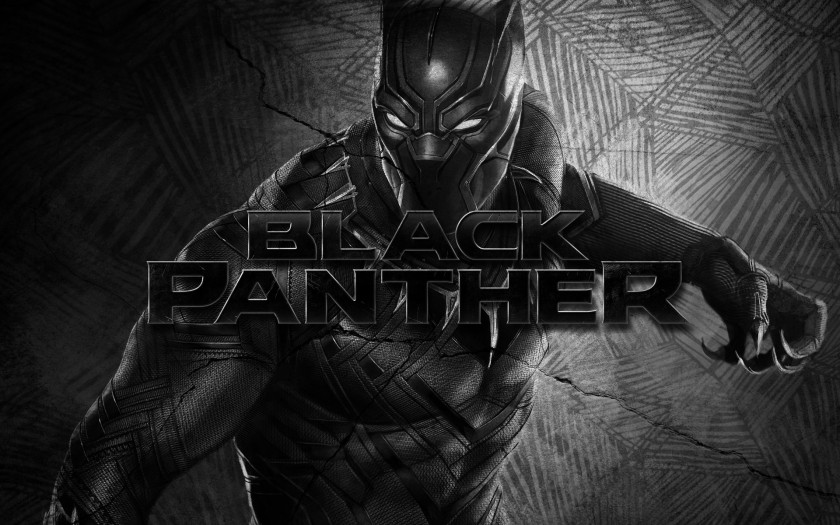 So we are just a few days away from one of the most anticipated movies of all time–at least for most black folks. I don’t think there’s ever been so much hype around a film in my time that resonated very deeply with the African community. Maybe not since Chaka Zulu. I was just a kid then, and yet I still remember when my dad brought home the VHS tape; it was a family screening day, and we were not disappointed. So here we are again with another banger–a black superhero. Scratch that–a family of black superheroes from an incredibly wealthy nation in Africa fighting other black superheroes or supervillains if you will. Read that again!

While most of the movie was shot abroad with an almost all-black cast, it nevertheless tells the story of a wealthy nation (as most African countries are), which managed to own and control its own resources (as most African countries should), with internal power struggles (as most countries in the world do). However, besides the exalted action, the movie has borrowed several cultural aspects from across the continent, some of which I would like to highlight. This article is an effort for non-native audiences to understand why distinct visual features in the movie are the way they are. As an aside, the fact that I am promoting the African elements herein doesn’t mean that I am against their Western counterparts. I merely feel it is imperative to understand and respect the African cultures the latter has borrowed from for generations. I also urge you to read with an open mind and refrain from judging the culture from just your cultural standpoint.

The fictional African nation of Wakanda is a country rich in resources, one in particular called vibranium, upon which its citizens built the realm itself. This notion is pure speculation as I have not seen the movie yet nor have I read the comics, but I assume this is how they leveraged this unique, scarce resource. Today, in the real Africa, some of the rarest and most precious metals lie in abundance throughout the continent, but ironically, many citizens of the nations that contain these gems are living below the poverty line. There are countless debates on how this could be improved, but I digress. The richness of the continent cannot be measured, but if you take a moment and explore or do some research, you’ll notice a few things. Your phones and laptop work efficiently because of a particular rare metal called tantalum, mined in the Congo. Moreover, bananas, timber, cocoa, coffee, and many similar raw materials and natural resources all come from this beautiful but often inaccurately depicted continent. Now, let’s dive into my cultural highlights from the sure to be blockbuster flick: 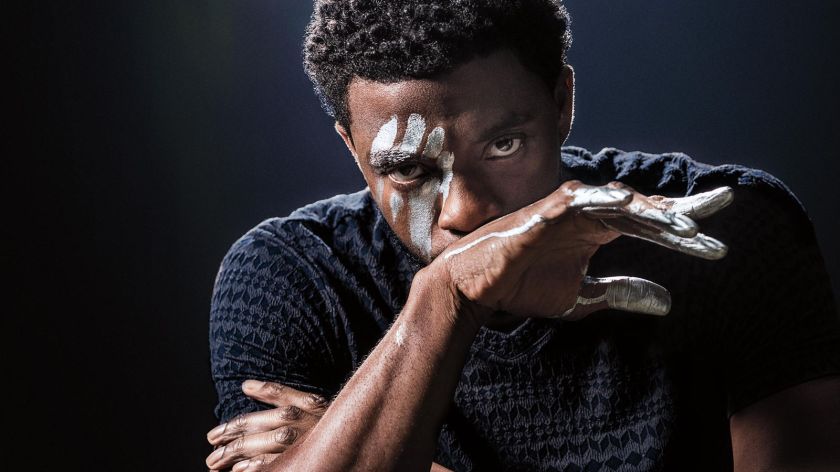 Considered primitive in the Western world, for most tribes in Africa, this is an indication of beauty and also a status that conveys a strong cultural message. In some tribes, the men elegantly wear face paint to attract their female counterparts. It is slowly disappearing in the regions that are becoming more ‘modern’ but can always be spotted worn at cultural celebrations and by families or people with a distinguished lineage to protect. 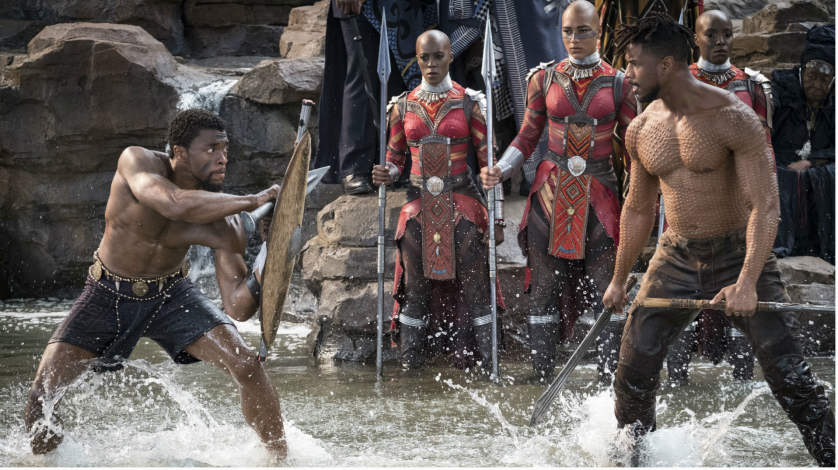 Another rarely seen feature, this practice is a core part of African history and tradition. Depending on the pattern or location of the scars on the body, you could easily deduce from which tribe the bearer hails. Sometimes, the scar bearer viewed his marks as a rite of passage, and proudly so. In some West African countries, it was considered an indication of one’s life stage, such as adulthood/puberty, and marriage. You could also identify what social class a person belonged to by their scars. Sometimes, the bearer acquired these marks as a treatment to a particular type of sickness, wherein the traditional doctor or “medicine man” scarred the skin and placed the remedy just underneath the surface. Ancestry is one of the most notable aspects of the many diverse cultures across Africa. Why is this spiritual? Well, because in African culture, there is ultimate respect for the people who came before you, your elders; more so, those who have passed away ahead of you. Till this day, people often speak of their grandparents and great-grandparents as though they were gods; their names are considered holy, and their descendants take much consideration before naming a child after them. People also made pacts in their names, and some people were cursed in their names as well. Their names carried power and near-deity status. In certain places, if your father placed you at the edge of a cliff and asked you to jump, the only question you could ask in response was, “How high?” While this might seem harsh, it is not; it is considered an exercise in building strength and trust in the leader preceding you, a leader you would become someday. In such a culture, you inherit what your elders created, and you build upon it, protect it, and ensure that it is respected, just like young T’Challa inheriting the kingdom from his father, T’Chaka, in Black Panther. Here is another rich, vibrant, and a diverse cultural feature that is also–unfortunately I might add–often associated with primitiveness. On the contrary, in Africa, it is associated with spirituality. The person who wears the mask loses their human identity and transcends into the spirit represented by that mask–commonly known as juju back in my place of birth. They become superhuman, not bound by the natural laws of the human dimension. Some of these jujus rarely surface in public view and, when they do, something remarkable is unmistakably up. You can say both the Black Panther and Erik Killmonger transcend into a different realm or higher plane of being by wearing their respective masks. They become superhuman, fittingly. 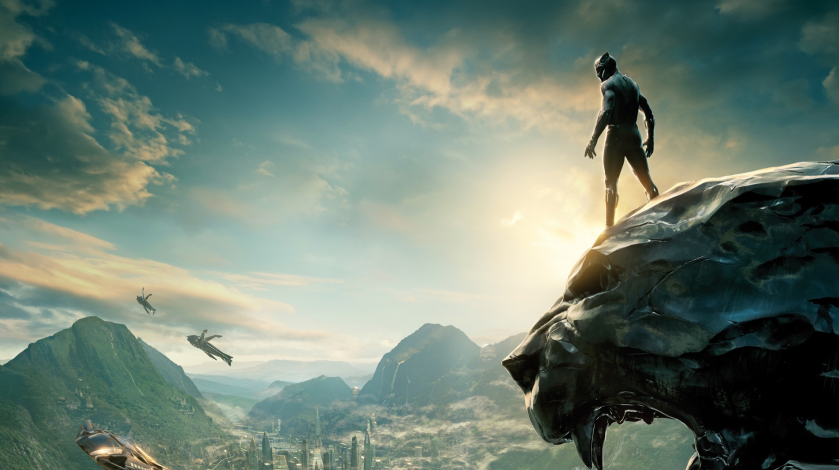 While the most common representation of Africa by the Western media is one of safaris and huts in the wild, Africa possesses some of the oldest structures on earth, built long before the Colonial Era. For example, there are pyramids in Sudan we never see pictures of, Stone Town in Zimbabwe, which is now a world heritage site, the Nubian pyramids, just to name a few. Believe it or not, I could go ahead and write more, but I felt that these represent the few most famous African cultural traditions I could bring to your attention from watching the trailer. I imagine the full-length movie will reveal a host of other such intriguing cultural elements worthy of a follow-up article. At any rate, I hope you found this write-up useful and join us in celebrating this glorious work of art that is soon to unleash the glory of African lore and heritage all across the big screens nationwide and take Hollywood by storm. In conclusion, I have just one more thing to say, “WAKANDA FOREVER!